Our Market has officially turned!

This is a great article from the Wall Street Journal which brings to light what I’ve been saying for the past 6 months- Now is the time to buy! Carmel-by-the-Sea real estate, Carmel Valley property, and even Pebble Beach real estate are experiencing really healthy activity. for the last 2 quarters. The market has indeed, turned.

“The housing market has turned—at last.

The U.S. finally has moved beyond attention-grabbing predictions from housing “experts” that housing is bottoming. The numbers are now convincing.

Nearly seven years after the housing bubble burst, most indexes of house prices are bending up. “We finally saw some rising home prices,” S&P’s David Blitzer said a few weeks ago as he reported the first monthly increase in the slow-moving S&P/Case-Shiller house-price data after seven months of declines. 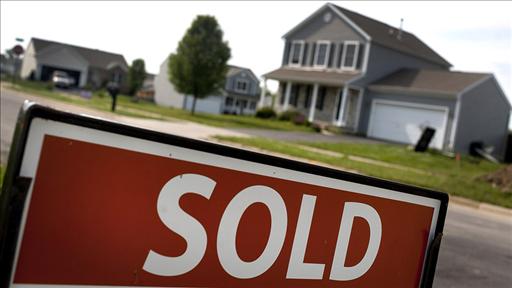 The U.S. finally has moved beyond attention-grabbing predictions from housing “experts” that housing is bottoming. The numbers are now convincing, according to David Wessel on The News Hub. (Photo: Bloomberg News)

Nearly 10% more existing homes were sold in May than in the same month a year earlier, many purchased by investors who plan to rent them for now and sell them later, an important sign of an inflection point. In something of a surprise, the inventory of existing homes for sale has fallen close to the normal level of six months’ worth despite all the foreclosed homes that lenders own. The fraction of homes that are vacant is at its lowest level since 2006.

The reduced inventory of unsold homes is key, says Mark Fleming, chief economist at CoreLogic, a housing data-analysis firm. For the past couple of years, house prices have risen in the spring and then slumped; the declining supply of houses for sale is reason to believe that won’t happen again this year, he says.

Builders began work on 26% more single-family homes in May 2012 than the depressed levels of May 2011. The stock of unsold newly built homes is back to 2005 levels. In each of the past four quarters, housing construction has added to economic growth. In the first quarter, it accounted for 0.4 percentage points of the meager 1.9% growth rate.

“Even with the overall economy slowing,” Wells Fargo Securities economists said, cautiously, in a note to clients, “the budding recovery in the housing market appears to be gradually gaining momentum.”

Economists aren’t always right, but on this at least they agree: A new Wall Street Journal survey of forecasters found 44 believe the housing market has reached its bottom; only three don’t. (The full results of the Journal’s July survey will be released at 2pm ET)

Housing is still far from healthy despite the Federal Reserve’s efforts to resuscitate it by helping to push mortgage rates to extraordinary lows: 3.62% for a 30-year loan, according to Freddie Mac’s latest survey. Single-family housing starts, though up, remain 60% below the 2002 pre-bubble pace. Americans’ equity in homes is $2 trillion, or 25%, less than it was in 2002 and half what it was at the peak. More than one in every four mortgage borrowers still has a loan bigger than the value of the house, though rising home prices are reducing that fraction slowly.

Still, the upturn in housing is a milestone, a particularly welcome one amid a distressing dearth of jobs. For some time, housing has been one of the biggest causes of economic weakness. It has now—barely—moved to the plus side. “A little tail wind is a lot better than a headwind,” says economist Chip Case, the “Case” in Case-Shiller.

From here on, housing is unlikely to drag the U.S. economy down further. It will instead reflect the strength or weakness of the overall economy: The more jobs, the more confident Americans are about keeping their jobs, the more they are willing to buy houses. “Manufacturing had led growth and construction had lagged,” JPMorgan Chase economists said last week.”Now the roles are reversed: Manufacturing growth has slowed as private construction comes to life.”

Plenty could go wrong. The biggest threat is a large shadow inventory of unsold homes, homes which owners won’t put on the market because they are underwater, homes that will be foreclosed eventually and homes owned by lenders. They have been trickling onto the market, slowed in part by government efforts to delay foreclosures; a flood could reverse the recent rise in prices. Or the still-dysfunctional mortgage market could get worse. Or overly zealous regulators or a post-election change in government policy could unsettle mortgage lenders or home buyers.

But the housing bust is over.”

Please Note: While delighted to respond to real estate related inquiries, Ryan is not particularly interested in being contacted by persons with a specific interest in any “celebrity” affiliations.
Photography and Design Copyright Ryan Melcher. All Rights Reserved. This website may not be reproduced or transmitted in any form without the consent of the publisher.
Copyright 2015-2016 Ryan Melcher Properties - Login
Scroll to top
Translate »